I just went into the special tools to do a bit of custom note head work and found that I have a lot of "?" appearing in the symbol selection window. Can anyone help with a solution?

Many thanks
Andy Brick 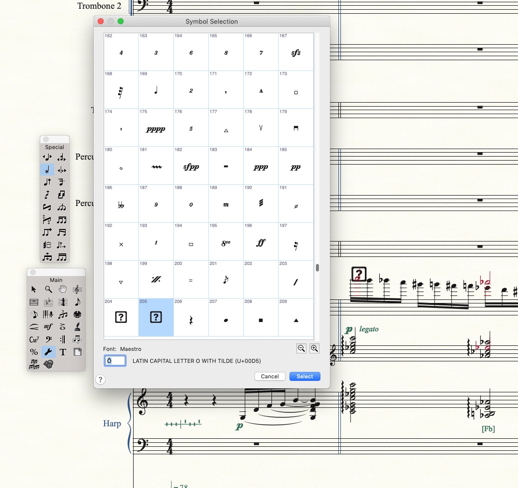 I've never been 100% sure what that means, but my guess is that it's symbols that aren't defined by the font.

I know that when it comes to web design, if you require a symbol that the font doesn't define, you get a similar question mark symbol. So maybe that's it.
Nick
Top

They're just unused slots in the font. Don't worry about it.
Top
Post Reply
3 posts • Page 1 of 1